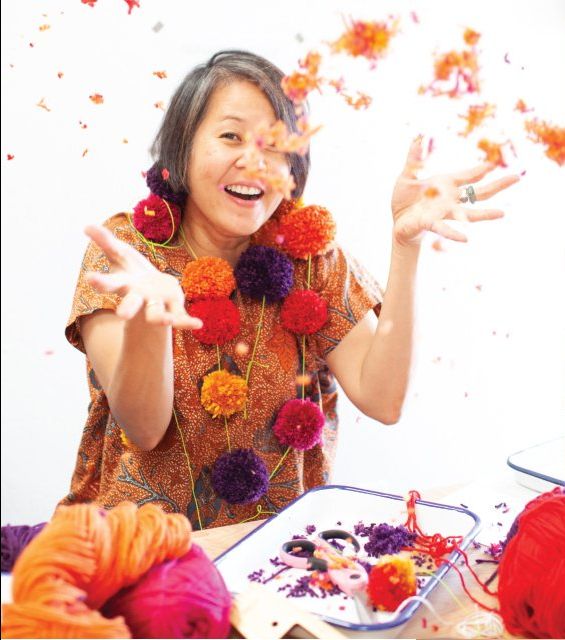 "Every day, we strive to make, inspire and share with you."

This month's featured artist is Vilasinee "V" from Loome. Loome was founded Brookyln New York in 2016 and are now based in Oakland California. Their motto is "One Tool, Infinite Possibilities" This sentiment is reflected in the versatility of their original 5-in-1 tool.

When we asked V to design a window display for our shop she decided to create an installation celebrating the centennial of the women's suffrage movement, a very important topic that still affects us today. V created 100 necklaces, one for each year of women's suffrage. Each necklace is for sale and 90% of proceeds benefit charity. 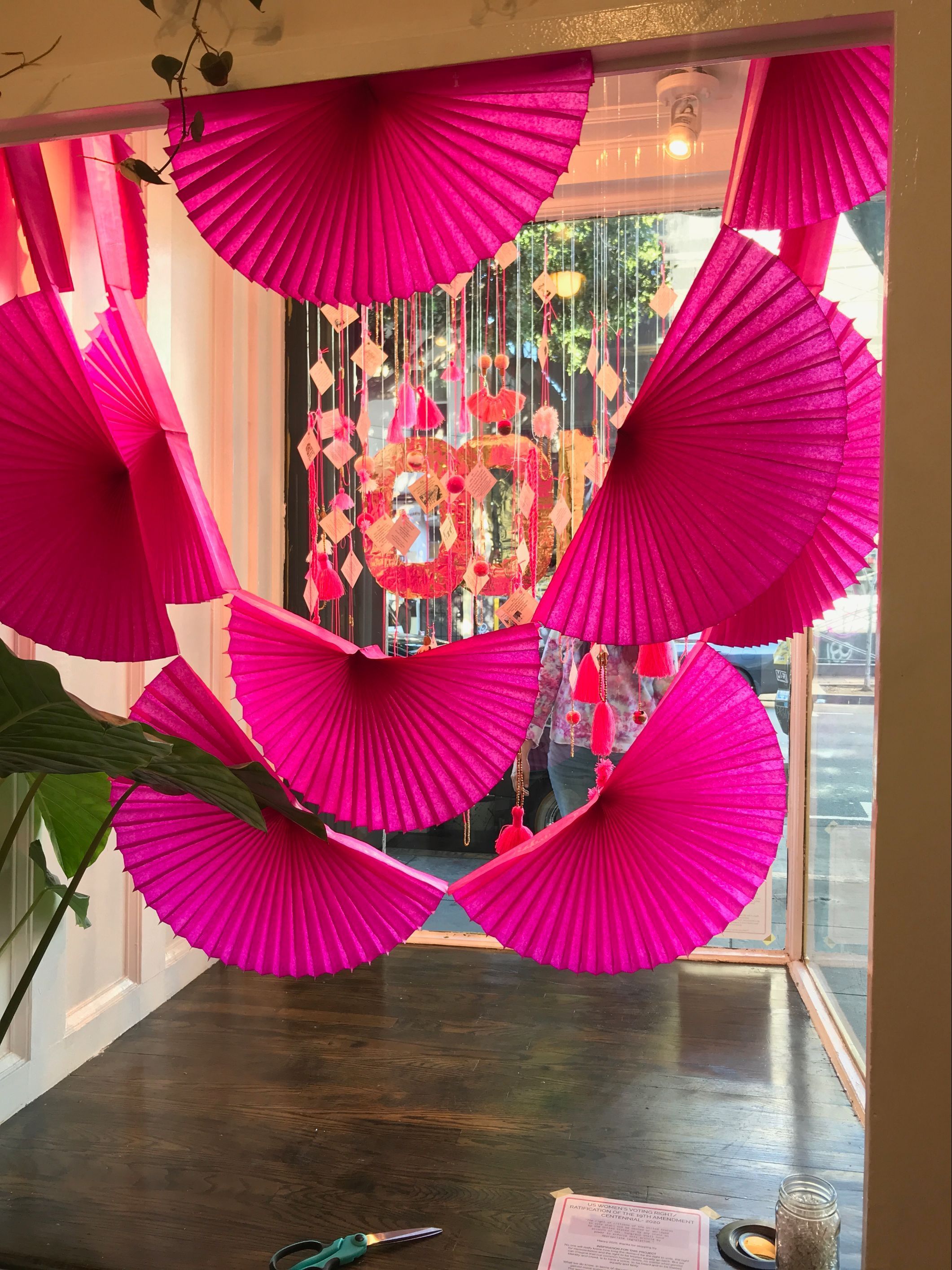 V shared her ethos with us:

"No one will really know how far the demand for the right to vote and the right to be treated equally go back. But we can image that our common human desire, no matter what gender, race, identity and creed, is to have a voice, to be heard and to be treated equally and fairly...and the fight for this is continuous and the history of the movement is also duplicitous - inspiring and messy.

What we do know, in terms of documented organized movements that gained mass support in the United States, it was in the 1800s. The women suffrage (the right to vote in political elections) movement was led (organized, protested, debated) and championed by a broad range of women and men and were intertwined with the abolitionist movement. It took over a hundred years for ratification of the 19th Amendment to be voted on in Congress (May 1919) and another year for it to be adopted into the constitution (August 1920). " 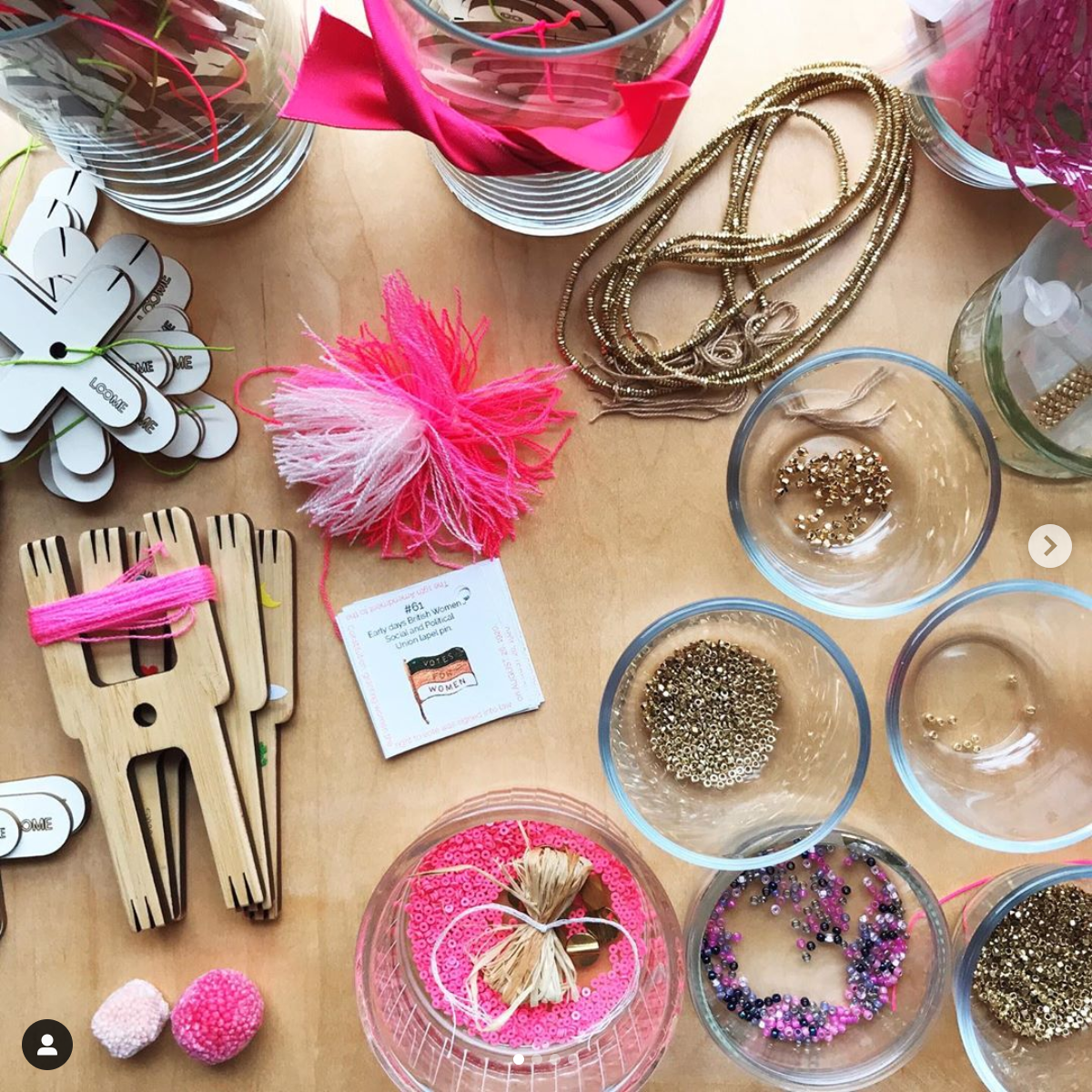 A major note: the ratification of the 19th Amendment did not include suffrage for non-White women. It took nearly another 50 years for the Voting Rights Act of 1965 to prohibit racial discrimination even though African American women and men played key roles in every step of women’s suffrage. In 2013, the US Supreme Court struck down key provisions of the Voting Rights Acts of 1965 and again, we have to continue to fight to preserve the right to vote. Our history imperfect and the truth isn’t always told and the credit not given.

Help us continue to fight for voting rights for all. Each of the 100 necklace is hand made by V and can be purchased for $20.20 plus any additional donation. 90% of the proceeds will go to Fair Fight, EMILY’s List and She Should Run. 10% will go to fees (credit cards & admin/shipping supplies).

“The right of citizens of the United States to vote shall not be denied or abridged by the United States or by any state on account of sex. Congress shall have power to enforce this article by appropriate legislation.” Buy Now
Share
Previous Maker Back to Blog Next Maker